This week we released version 21.9.0 of CodeLogic, where we've begun to move the configuration of agents from text files where they run to the web interface. The CodeLogic team is also placing a heavier emphasis on governance capabilities and this release reworks much of the governance user experience.

Java and SQL agent configuration has been moved to the web interface. As part of this move, agents must be Approved in the UI before they are activated and begin scanning. 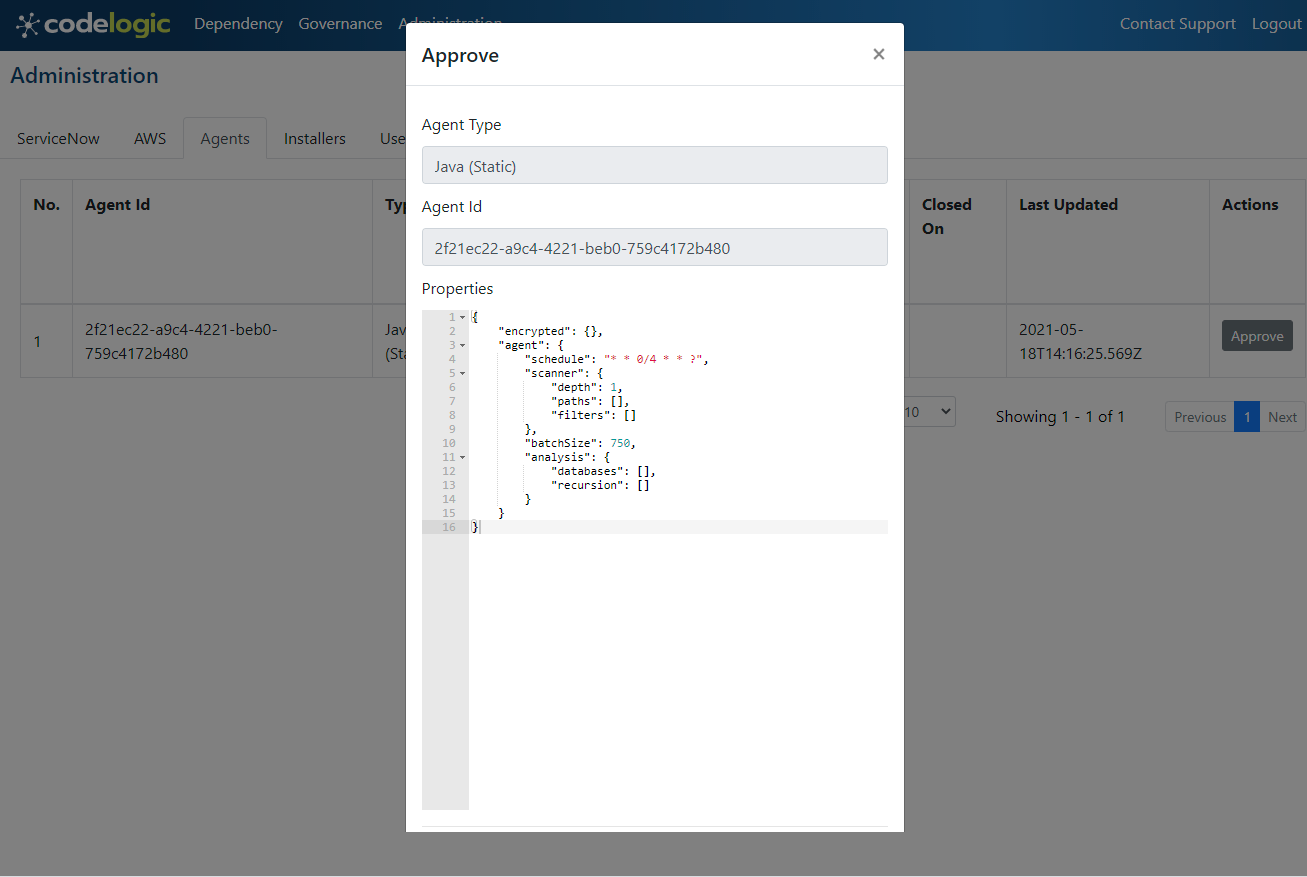 Manage agents from Administration > Agents. From here, you can see which agents you have, what type they are, and when they were last upgraded and run.

A simple but powerful addition in this release is the display of counts within the Legend area. At a glance, users can see how many entities and relationships of various types are being displayed.

If my view is cluttered, what is there a lot of that I'm not worried about and can hide? In the example below, perhaps the 121 hundreds of mappings between Schema and Tables isn't interesting.

Are there things that I might be worried about simply from the counts? Are 125 foreign keys really needed across only 121 tables?

In this release, the team made several enhancements to governance rules management and visibility.